How can I calculate a structure alignment? 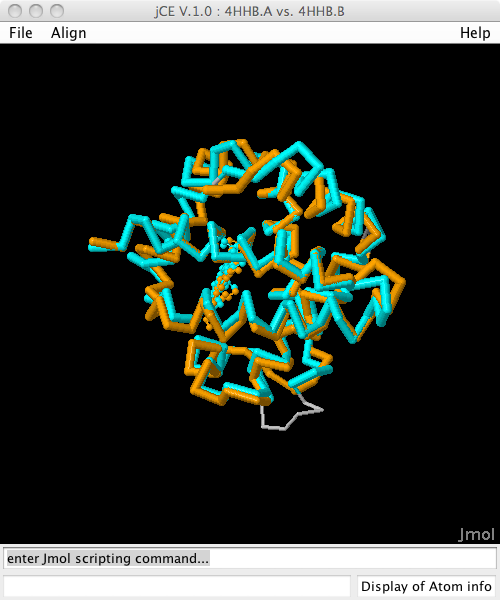 What is a structure alignment?

Structural alignment attempts to establish equivalences between two or more polymer structures based on their shape and three-dimensional conformation. In contrast to simple structural superposition (see below), where at least some equivalent residues of the two structures are known, structural alignment requires no a priori knowledge of equivalent positions. Structural alignment is a valuable tool for the comparison of proteins with low sequence similarity, where evolutionary relationships between proteins cannot be easily detected by standard sequence alignment techniques. Structural alignment can therefore be used to imply evolutionary relationships between proteins that share very little common sequence. However, caution should be used in using the results as evidence for shared evolutionary ancestry because of the possible confounding effects of convergent evolution by which multiple unrelated amino acid sequences converge on a common tertiary structure.

The structure alignment possibilities of BioJava are going to be greatly enhanced in the upcoming BioJava 3 release. It provides a BioJava port of the Combinatorial Extension algorithm (CE) as well as of the FATCAT algorithm. Thanks to P. Bourne, Yuzhen Ye and A. Godzik for granting permission to freely use and redistribute their algorithms. The documentation how to use these is available from

Also know as “overlaying” is a process of fitting two (equivalent) sets of Atoms onto each other. This can be useful e.g. to overlay two different structural models of the same protein. BioJava also provides a tool for this. (See the SVDSuperimposer.html javadoc.

Where is it being used ?

The protein structure modules of BioJava are used on the RCSB PDB web site for the Protein Comparison Tool.